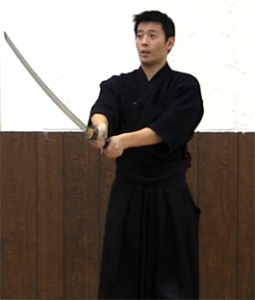 A Bit About Me

The Instructions Given Here Originally From….

The instructions given here are based on the late Juichi Tsurumaru (9th dan) sensei, the late Keisuke Murayama (8th dan, a champion of an 8-dan tournament) sensei and Masayoshi Miyazaki (7th dan) sensei.

They were also appointed to important positions such as member of the board of directors of the All Japan Kendo Federation and the prefectural kendo federation.

These sensei were the head instructors (shihan) of my dojo, Shubukan, in Japan and they taught us very traditional kendo style. I was lucky to see both of them at the same time at the dojo and learned from them.

iyazaki sensei was the main instructor for kids when I was a child. He is a shihan of Ritsumeikan University Kendo Club.

He led the university kendo team to many great successes including winning of All Kansai University Kendo Championships and the second place in All Japan University Championships.

The knowledge I learned from them should not die with me. Their teachings should survive and be passed onto other generations, as many generations as possible.